In a city dotted with fine Thai restaurants, Pad Thai stands out for the complexity of its food and the clarity of its flavours. Plus some unique dishes — pinwheel dumplings, shrimp rolls with cucumber sauce — a pleasant setting and gracious service from sisters Patcharin Smith and Pornuma Worasuksri. Good wines, too.

Britannia has been brightened by the energy of partners Ryan Blackwell and Josh Brennand, the design of Sarah Ward and the bright, contemporary cuisine of Elbow Room. The stylish food and setting help change the perception of what a suburban restaurant can be.

One of the most difficult-to-find restaurants in the city — even Google gets lost — Afghan Kabob is worth the search for richly flavoured Afghan cuisine. That includes a wealth of kabobs as well as “nakhot” chickpeas, mantu steamed dumplings and a lovely braised lamb leg.

Tavernetta continues this year’s Italian resurgence with kale, goat cheese, roasted grape and hazelnut salad; bucatini with guanciale, pecorino and black pepper; and straight-up meatballs — all in a refurbished historic house with a great backyard patio and bocce court.

One of the hippest, hottest and best looking restaurants of the year, Two Penny is a large room — Sarah Ward channeling 1920s Shanghai-deco — with familiar and updated pan-Chinese dishes such as a beef-and-broccoli dish done with slow-roasted Wagyu brisket.

Located in Central Memorial Park, Provision was formerly known as Boxwood and has been taken over and refreshed by Jackie Cooke and Kirk Shaw of Avec Bistro. It’s light and lodgey with Daniel Pizzaro’s skilled menu of roasted Brussels sprouts, charred cabbage and lamb saddle with chickpea puree.

The talented Blake Flann has a big beast to wrestle in his new Blake restaurant in Canmore. This year’s winner of the annual Gold Medal Plates competition is capable of great things on a menu that spans the globe. 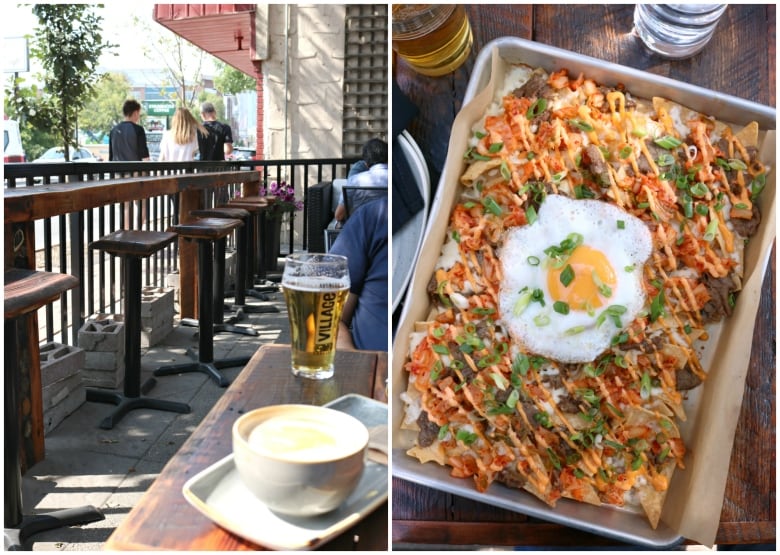 Beyond the nachos, which are lighter, crisper and more complex than your typical pub offering, Madison’s 1212 makes interesting salads and even apple pie nachos for dessert. (Julie Van Rosendaal)

South Indian dosas and Chettinadu fish curry come to Calgary’s southwest in an unassuming spot near Mount Royal University. The staff at Masala Bhavan grind their own rice and lentils for their dosas and prepare all their spices and sauces on-site for a traditional experience.

The only downtown restaurant to appear on this year’s list, the Wednesday Room brings the 1960s lounge esthetic to life in a stylish (and orange-brown) setting with food and smart drinks to match.

Charcuterie is taken to the next level by Dave Sturies and Karen Kho at Empire Provisions’ new Haysboro location. More than just meat, they serve breakfast and lunch, too.

Roll down your car window while driving Highway 2A to Okotoks and you’ll smell good barbecue smoke and maybe even hear the blues wailing. Pull in to Big Sky for some smoky treats.

Liver and onions — one piece or two — and hot turkey sandwiches fill the plates at Pinky’s in Canmore’s Legion, one of the best (and best-priced) eateries in the mountains.

Jassie Bakshi shifted from his downtown Glory of India to a huge food truck called Kurry Up! that roams the city with fine Indian food at great prices.

They can nacho almost anything at Madison’s 1212 — bulgogi beef, poke tuna, smoked ham and pineapple, even apple pie — with great success.