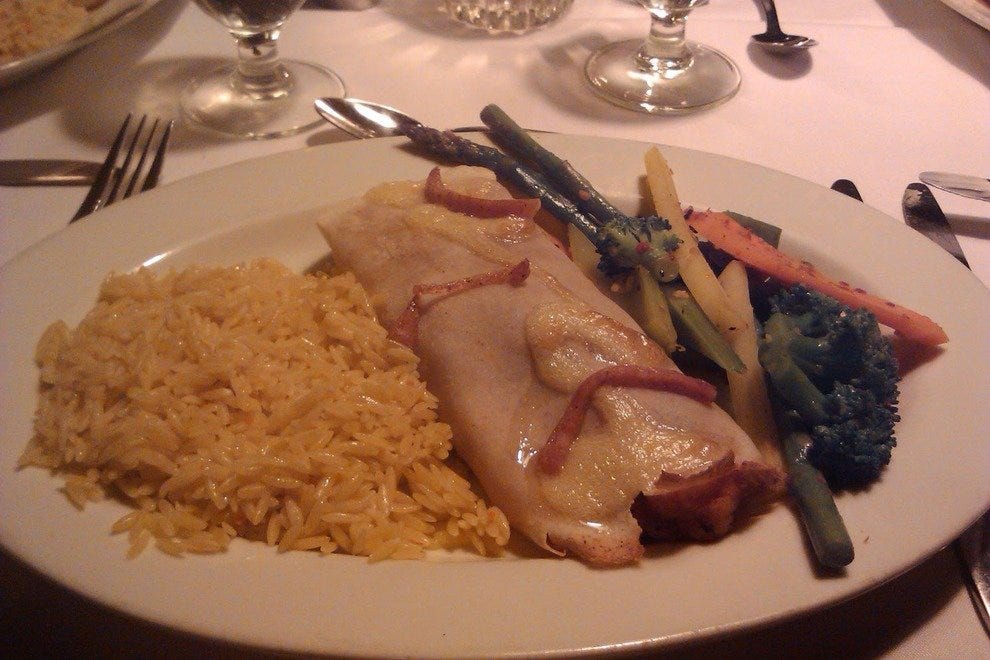 Having won a plethora of awards over the years, the Crèperie remains one of Edmonton’s favorite restaurants. Brick walls lined with grapevine and accompanied by low lighting and cobblestone flooring imbue this restaurant’s interior with an intimate vibe. As the name suggests, the menu offers savory crêpes filled with a choice of everything from seafood to vegetables. Other first-class meals offered include the fresh fish, a tender lamb shanks Provencale and a juicy AAA Grilled Striploin Steak. 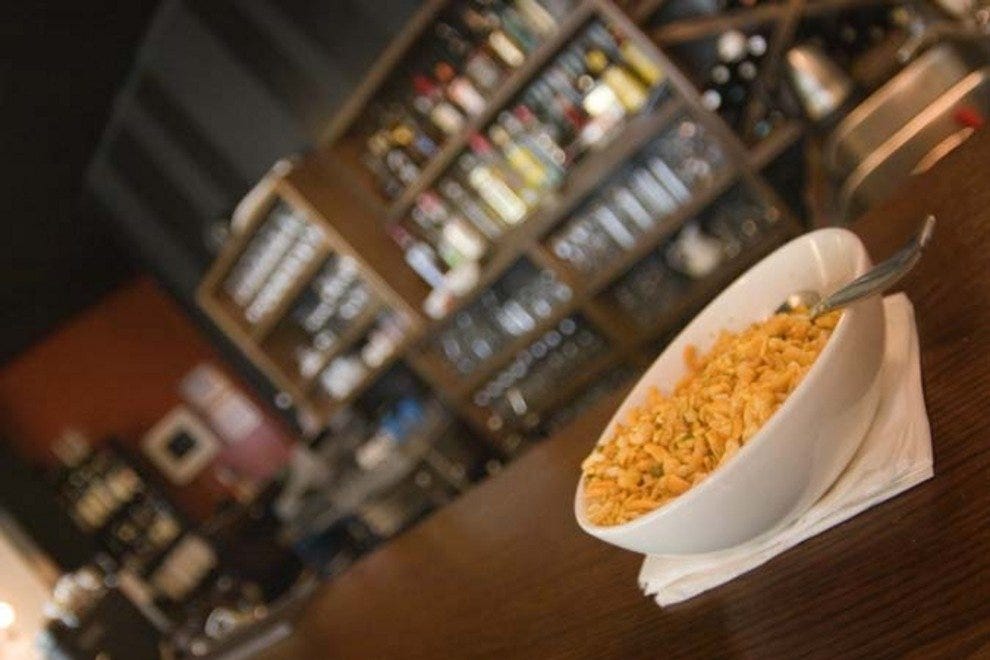 Culina became a near instant classic when it opened, attracting raves both for its funky non-standard décor as well as its creative global cuisine. Even the music, piped in at exactly the right volume, is an eclectic variety that’s well-suited to the space and the innovative cooking. It’s all so very trendy, without being the least bit precious. Dinner options are wonderfully creative, such as pork tenderloin steaks in almond-cardamom cream sauce over cous cous, and goat cheese and channa dal in phyllo with tomato chutney and Chinese greens. For dessert, sample lemon cake and fruit dipped in butterscotch fondue. Sunday night is Family Night with special, prix-fixe dining with food served on family-style platters. This is fine dining on a casual dining budget.

“Where” magazine called Lux “Edmonton’s best new restaurant for 2005,” but the accolades keep rolling in. The stylish setting evokes a trendy NYC establishment, with a waterfall, dark wood, vaulted ceilings and plush upholstery. The menu is classic steakhouse with enough contemporary twists and unexpected delights to keep things fresh. To start, real men will want to order the Red Bull Shrimp “Shots”; groups would do well to decide on the Undecided Platter, which has smaller portions of four popular apps. For the main event, try a veal t-bone, peppercorn-rubbed ribeye, chorizo-stuffed chicken, or double cut pork chop; fancy a la carte sides include truffled lobster mac and cheese, perfectly steamed asparagus with hollandaise, sun dried tomato-goat cheese risotto, and Stella Artois battered onion rings. As you’d expect, the wine list is excellent and service is friendly but professional. 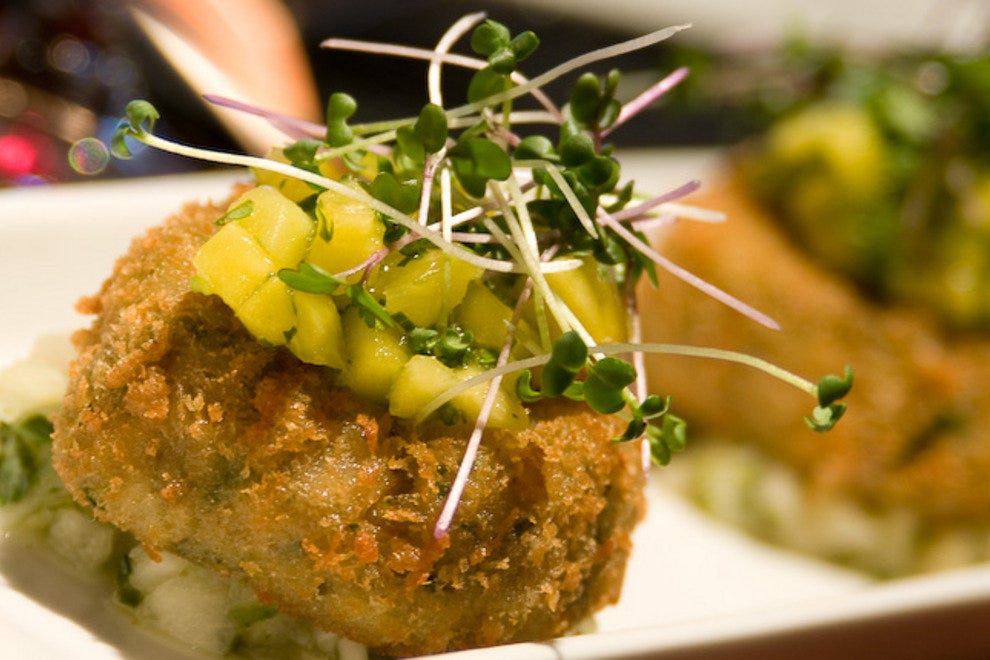 Brother-sister team Wilson and Judy Wu deserve every bit of praise that comes their way. Wild Tangerine manages to be the perfect combination of trendy décor, a youthful vibe, super friendly service, and top-notch, eclectic cooking, with a fantastic by-the-glass wine list and creative original cocktails to boot. The menu is a delightful fusion of Asian cuisines, flecked with Western influences. For example, among the starters you’ll find a salad of grilled five-spice octopus with spicy tangerine vinaigrette, and potato fries with star anise and homemade ketchup! Main course options might include fabulous bison short ribs, Thai green curry with prawns and tortilglioni, Indian-spiced lamb, or even lemon Rooibus tea dusted salmon with hemp oil. Desserts are just as inventive – save room!

Opened in 1991, Ban Thai excels in authenticity, from the décor to the food. The furniture and accessories that liven up the space and create such a wonderful ambience are the real deal: virtually everything was purchased on one of the owner’s trips back home to Thailand. The chef recreates traditional dishes that are every bit as genuine as anything you’d eat in Thailand. Follow a tropical cocktail (perhaps the Loam Pad Koh with pineapple juice and coconut rum) with chicken satay, Som Tham salad, or chili-spiced fish cakes. The Pad Thai is widely acknowledged to be the best in Edmonton, and there are a variety of mild and spicy curries with different meats like chicken, beef, pork, squid and shrimp; much of the menu can also be prepared vegetarian style.
6 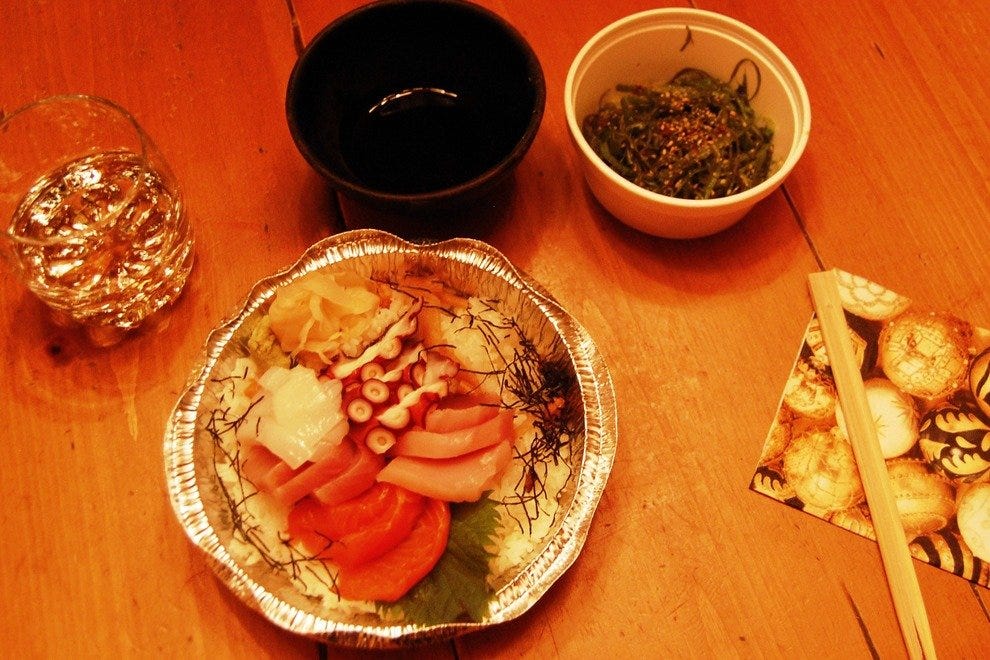 Alberta’s first Japanese restaurant, Mikado regularly turns up in first place on the local “Best of…” polls, and it’s easy to see why. Bento boxes are wildly popular, with neatly compartmentalized portions of beef shogayaki, chicken yakitori, barbecued shrimp, salmon teriyaki, rice and salad. But the menu includes other traditional options as well as more modern inventions. The signature dish, Ocean Wind, is a fabulous combination of squid, tuna and salmon wrapped around fresh veggies, seared and served with Dragon Sauce; the unusual Sushi Pizza (salmon, onion and seaweed on a grilled rice crust) is a winning creation with legions of fans.